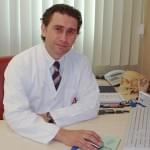 Deformities and anteriorly prominent appearance of ears during childhood may annoy the child or the family. In this case, a surgical intervention can be planned in order to correct appearance.

Deformities and anteriorly prominent appearance of ears during childhood may annoy the child or the family. In this case, a surgical intervention can be planned in order to correct appearance, although there is no dysfunction in hearing or in other features. Shape, position and ratios of earlap can be corrected by operating the auricle. Deformities resulting from congenitally missing or redundant structures or injuries can be also corrected.

The ratios between ears and the face can be surgically corrected and thus, a natural appearance can be obtained. It is found that correction of even minor deformities has significant benefits in terms of appearance and self-confidence.

Surgical procedures can be performed at any age in order to correct deformity of earlap, ensure symmetrical appearance and correct congenital or acquired deformities.

When operation is planned for any children, there are some ideal conditions including a healthy status, age over 5 years and the children must be informed as much as possible, he should consent the procedure and they should adapt to the procedure planned.

It is also the fact that adolescences and adults should have sound health, they should be well advised and they should be aware of the results of the surgery.

Following tests indicating suitable overall health status, the surgical procedure is performed under general anesthesia in children or under local anesthesia and sedation in advanced ages. Pre-procedure planning is important. Determination of patient's expectations and causes underlying the deformities unique to the subject will ensure satisfactory results following the procedure. The angle between auricle and head, determining depth of the ear and anatomic deformities in convolutions in superior region of the ear should be individually addresses and necessary intervention is planned.

The procedure is performed at posterior side of the ear. The angle between ear and hand can be narrowed down, as desired, using posterior skin incision. If anterior depth of the ear in middle portion is over normal limits and if this anatomic variation has adverse influences on appearance of ear, cartilage can be excised via posterior approach together with above mentioned procedure or in a separate procedure. Forming the superior cartilaginous convolution of ear, together with above mentioned procedure or in separate fashion, is the step which has most sound influence on shape of ear and both anterior and posterior appearance. If the intervention is well planned and carefully performed, natural appearance of ear is not adversely influenced. Another important point is to adjust the position of earlobe in inferior region. If earlobe is not taken into consideration, a non-natural shape similar to "phone handset" can be obtained in post-operative period. Aforementioned interventions are performed under suitable conditions and the posterior incision is closed after haemostasis is ensured. From anterior view, it can be seen immediately after the operation that deformity is removed, excluding redness. Wound dressing is performed and ear is bandaged. Based on type of anesthesia, patient operated under general anesthesia can be discharged next day and patients operated under local anesthesia can be discharged within same day.

The post-operative pain is not intense. Patient is examined in the next day for swelling, edema and bleeding, and the size of wound dressing is reduced and only protection with headband is advised. Sutures are removed one week following the operation and the patient is advised to use headband in suitable intervals and when s/he goes to bed.

The success of operations performed with suitable planning and surgical techniques is almost 100 %, excluding unanticipated complications. No additional intervention or surgical procedure is required. Recurrence of deformity in long-term post-operative period is not expected.

Correction of prominent ear deformity with plastic surgical intervention is associated with highly satisfactory and favorable results due to positive influence of patient's psychology, short improvement period, ability to see the improvement by the subject and relatives in early post-operative period and lack of scar tissue in post-operative period.

It should be kept in mind that it is possible to perform this procedure in pre-school children, who are adjudicated to need it, and it is recommended to perform the procedure in this period considering the psychological development. On the other side, there is no age-limit for adults.