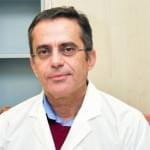 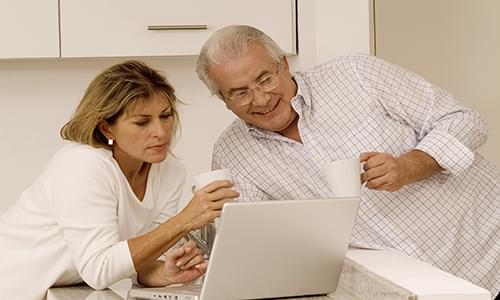 The risk of developing colon cancer in people within the average risk range during their lives is 5% and this value rises sharply after 50 years of age (up to 90% of patients are over 50 years of age at the moment of diagnosis).

After being diagnosed as colon cancer, the probability of surviving for 5 years is 61%. Deaths caused by colon cancer in America were halved after 1987. The sole reason for this is diagnostic colonoscopy and early diagnosis of cancer, thus, a more effective treatment.

Cancer in generally is unregulated cell growth. The disease begins with uncontrolled multiplication of cells forming the inner surface of the colon. This growth progresses through a polyp stage for a long time before transforming into cancer.

"Colon polyps" are formations that develop from the inner surface of the colon and grow towards the lumen of the intestine (figure-1). While some polyps have hyperplastic (with no tendency of becoming cancerous) structure, others have "adenomatous" structure, which become cancerous within a period of 5-6 years at a rate of 5%. The growth speed of "adenomatous polyps" can be up to 2-4 mm in one year. If the radius of a polyp is larger than 1 cm or if a person has more than one polyp at a time, the risk of these polyps turning into cancer is higher. If the size of the polyp is over 2 cm the risk of becoming cancerous is 20%, this ratio increases with the enlargement of the polyp size. Most colon cancers (figure-2) develop from such colonic polyps exhibiting adenomatous properties. These types of polyps are found in 25% of population at age of 50 and in 45% of population at age of 70. Because polyps have no clinical symptoms, the only method for diagnosing at this stage is diagnostic colonoscopy.

When the polyp stage progress to cancer, the neoplastic cells first advance to deeper layers of the gut (colon) wall. The immune system fighting the cancer attempts to limit these cells within the lymph nodes in the affected colonic region, but in time the immune system fails to control the progression. Cancerous cells that surpass the barrier of lymph nodes spread by means of blood vessels first to the liver and then to lungs and other areas of the body. Various symptoms can be observed according to the area of penetration of cancerous cells. Extensive penetration reduces the chance of success of the treatment.

WHAT ARE THE SYMPTOMS OF COLON CANCER?

Abdominal pain, changes in bowel habits (change of the usual bowel movement habit in terms of diarrhea or constipation for periods over 1 month) and/or traces of blood during defecation are symptoms related to bowel. In addition to such complaints general symptoms unrelated to bowel such as weight loss and asthenia can be present.

Due to the fact that bleeding in most patients is slow and episodic, and because most patients do not observe their feces after bowel movement, bleeding is realized at late stages. Trace amounts of blood in stool can be found during diagnostic laboratory tests carried for unexplainable anemia in certain patients. At advanced stages of the disease where the cancerous cells spread to other organs (mostly liver and lungs), additional symptoms related to these organs may develop.

HOW IS COLON CANCER DIAGNOSED?

Performing a colonoscopy examination to the whole population is impossible in terms of patients (risky and inconvenient) as well as resources (doctor to perform the procedure, tools and costs). Therefore, it is necessary to identify the risk groups well.

(patients without symptoms and the majority of population)?

Screening should be started from 50 years of age. If the screening is only for diagnostic purposes, the "fecal occult blood" method (presence of blood in the patients stool is examined in the laboratory annually) is recommended. It is a very convenient and inexpensive method for patients. Positive result of the test suggests the presence of a disease in the colon and colonoscopy should be performed to clarify the situation.

If the screening is carried out for the purposes of early diagnosis and cancer prevention, the "colonoscopy" method should be selected. Despite being a harder and more expensive way, it is the most effective method.

Both screening methods are explained to the patient and, consequently, the patient independently decides the most convenient method to be done. If the initial colonoscopic examination is normal, it should be repeated once every 10 years.

(small portion of the population)?

If you answer yes to any one of the following questions, you will require an earlier (before reaching 50 years of age) colonoscopy procedure.

a: Have you been previously diagnosed with colon cancer or polyp?

b: Has any family member been diagnosed with colon cancer or polyp?

If yes, how many individuals and what were the diagnosed stages?

c: Do you have chronic inflammatory intestine diseases (ulcerative colitis or Crohn disease) ?

After the tissue diagnosis has been made, the presence of tumor in other parts of the body (staging) should be searched by means of imaging methods. For these purposes Ultrasonography, Computer Tomography (CT), Positron Emission Tomography (PET) and Magnetic resonance (MR) are used.

HOW IS COLON CANCER TREATED?

As with all types of cancer, early diagnosis is the most important parameter affecting the success of the treatment. Treatment principles are listed below in accordance with the stages of the disease;

Pre-cancerous stage ("Adenomatous polyp" stage) is identified by means of colonoscopy and the polyp is removed (polypectomy) during the same session, thus treatment is provided before the cancer began. After this stage, the patients need to follow up with colonoscopy every 3 years to prevent the risk of formation of new polyps. In educated societies with sufficient economic resources, if the patients have no complaints, "colonoscopy" was performed after reaching the age of 50 for diagnostic purposes, so they gain the opportunity of being diagnosed with polyps and receiving the early treatment.

Very early cancerous stage ("Cancerous polyp" stage) can also be identified during diagnostic colonoscopy. If the whole polyp can be removed by means of the "colonoscopic polypectomy" method, and if the microscopic examination shows that the cancerous cells have not penetrated into the deeper layers of the polyp and no additional diseases were found by imaging methods, the patients are followed up in every 6 month periods. If spreading to lymph nodes is suspected (2-7%) the patients may require an operation (resection of the area with polyp together with the colon in a block).

If Early cancerous stage ("localized colon cancer" stage) is diagnosed, first staging is performed. At this point, several doctors need to engage in the treatment (gastroenterologist, colorectal surgeon, oncologist and radiotherapist). If according to the staging methods it is decided that the disease is located only within the colon, the area with cancer is removed surgically in a block. If, as a result of pathologic examination of the removed organ, it is found that the disease is limited within the intestine walls and there is no spreading to the lymph nodes, then no additional treatment is required. If there is spreading to lymph nodes, then chemotherapy should be added to the treatment.

During the Late cancerous stage ("Colon cancer with limited metastasis" stage) it is possible to prolong life by performing surgery on the bowel and on the organs affected by cancer.

Generally, spreading of cancerous cells to liver and lungs (metastasis) is an indicator of bad course. In patients diagnosed as stomach or pancreas or lung cancer and have metastasis, surgical intervention to such patients would not prolong life. However, in certain cases it is possible to prolong life by means of chemotherapy.

In comparison to other types of cancer, if the metastasis of colon cancer are limited and technically suitable for an operation, it is possible to remove such metastasis by surgical means and prolong life with additional chemotherapy treatment.

During the Very late cancerous stage ("Colon cancer with advanced stage metastasis" stage), if the disease has spread to multiple areas of the body and if it is thought that surgery would not be beneficial, chemotherapy treatment can be applied by the medical oncologist could provide a longer and more comfortable life.

If at this stage the tumor obstructs (tumor infiltrates and blocks (stenosis) the intestinal passage of fluids) the intestine, a "metal stent" can be inserted into the strictured area using the colonoscopy method (a 2 cm wide, 10-15 cm long metal tube deployed to that stenotic segment to provide passage), thus ensuring that the patient is able to defecate without a surgery. If this relatively simple procedure is impossible, attempts to remove the affected area by surgical means should be done.

SUMMARY: Early diagnosis of cancer saves lives. In order to ensure early diagnosis, population within the risk groups should be screened before any symptoms occur. Colon cancer is one of the most successful ones among other cancer types in this regard. The patient can be diagnosed at polyp stage before the colon cancer has developed during the diagnostic screening, and the polyp can be removed, thus, preventing it from turning into cancer. Screening performed by colonoscopy in patients without any symptoms may also identify cancer at an early stage and life can be saved by an operation.

COLON CANCER IS A PREVENTABLE DISEASE.